131. Turn Off Your Notifications & Be Where Your Feet Are 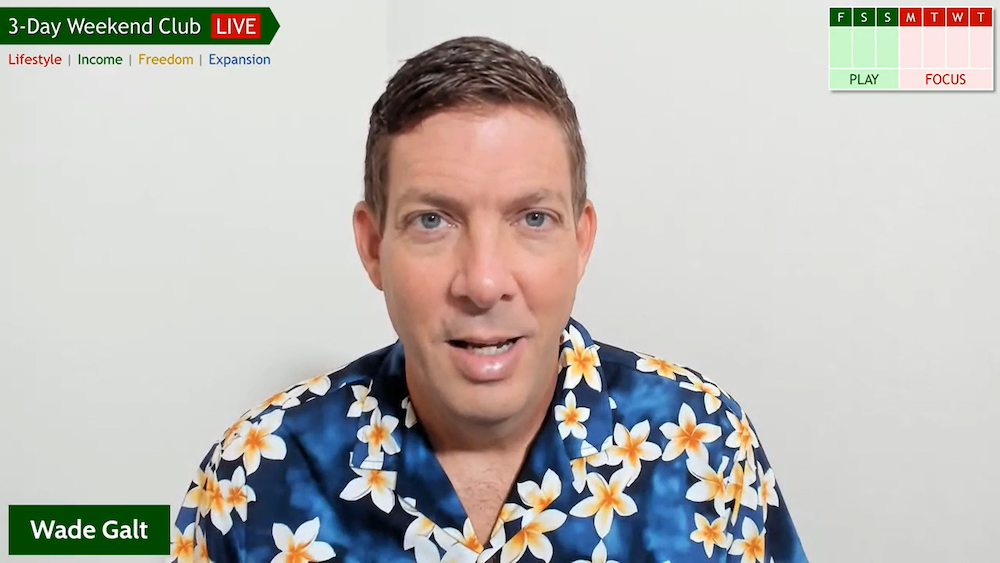 Create more fulfillment, happiness, focus, joy, & results simply by being 1,000% fully present with who and what is right in front of you.

Create more fulfillment, happiness, focus, joy, & results simply by being 1,000% fully present with who and what is right in front of you.

Hey, everybody, hope you are doing great. Want to share a really quick insight about something that seems to have a lot of people distracted hasn't changed. We've gotten used to our phones, our devices for years now, and a lot of people are still walking around and they're distracted, whether it's the person looking at their phone while they're walking, it's bumping into things, the person driving while they're looking at their phone, all these different situations. And there's a simple saying. And I once first heard it from my friend Alex and Felipe about being where your feet are now.

When I looked it up and it apparently goes back to I've not been able to find out who the author of it is originally. If you know who that is, feel free to share that with me. I'd love to know, but it's this concept kind of like the Ram Das be here now of being present with where we are. So what I want to suggest to you is three things to consider around this. First of all, and this is something that I had heard and somehow came to me through different readings that I had read and then heard.

It was also something in the Buddhist text or tradition, which is the idea that when we are in the past, we are in a state of worry, which can lead to say, depression or sadness. And so we're past based because we're worrying about or excuse me, sad about what happened yesterday. We don't like what happened yesterday and then that leads us to be then anxious and nervous about the future, which is where we're worried about a bad thing might happen again. And in the present, we're just here.

So if you look at this and I remember when I was studying for my degree in psychology, I remember thinking that how much people who were depressed really seemed to be stuck in the past.

And the people who were really anxious were really stuck in the future, and they weren't in either place. They weren't in either place. They were just fully present with something going on their head that might go on. And then now you add to this, let's say a notification. It's like boom, something else, whether it's the way we handle news, sometimes these days where there's just another alert alert.

A news alert every minute. I don't know if you noticed this with some of the news stations. The default wording is news alerts. That's their thing. Default news alert.

It rocks us. It takes away our ability to focus. There was a study done about five or six years ago, and I thought the number was 20. It's apparently 23 minutes, on average, that it takes a person to refocus after being distracted so think of that for work. If every 20 minutes or so your cell phones going off with some sort of notification, a text, an email, a phone call, whatever it might be, you might never be getting anything done.

Now you might say, Wait, I work for somebody else. It doesn't really matter as much. Okay, well, that's probably costing you productivity income there. If you work for yourself, it's certainly costing you. So just that simple idea of having a notification, something that's getting in your way as if it's important.

And this goes back to that idea of what you're doing. If it's so important, would you let somebody distract you from that? And giving a notification to random people is probably not going to be the most effective thing. Now, one of the other things you can do is you can set your notifications in a way that only the most important people to you can reach through to you at certain times. So if you're familiar with it, at least on an iphone, there's a sleep function.

So when you wake up the next morning, you can focus and you can be present. You can get sleep, which is another huge contributor to either wellness and being able to perform really well at your job, your work, your relationships, being happier or performing poorly. And if you ever think that's not the case, think of this very simple saying it looks like somebody needs an app. We joke about that when a kid is really tired, they get cranky. They get a little at times Moody.

And we joke that person needs an app, and they actually do well, that happens with adults in any society that has ever looked at sleep or measured sleep. We know that that's something that really impacts a person's behavior. In fact, one of the most basic forms of torture is to simply deprive people of sleep and not let them get sleep. And people get Moody, they get almost hallucinogenic, they see things. So again, these distractions can be preventing that on a micro basis, preventing you from getting work.

And they can also prevent you from being present. So think about when you are with somebody that's important to you, your kids, your loved one, and you're connected with them and you're talking with them. And a notification goes off. Wait, notification. And what have you just communicated that person?

Some random note, not a custom note, not some custom ringtone where I know. Okay, this is the ringtone of somebody that's very important. But some random ringtone, any ringtone, any text, any email is more important than what you and I are talking about here. Think of what that communicates to the person you're with. It might not be what you're intending to communicate, but if you've ever been on the receiving end of it, you know that feeling of being excited to share something with somebody and in the middle of a conversation and saying some of them and all of a sudden they're off somewhere else and think about is that the kind of experience you want to give to the most important people in your life?

Is that the type of experience you want to give to the people you serve, the people who you are looking to help, the people you're looking to collect a check from and make money from, whether they'd be your boss or whether it be people that you're looking to do business with. So I'm going to suggest to you that getting more advanced with your tech can help in the simple way of also having unique ringtones. So, for example, I have ringtones for different family members that I know when that goes off.

I know who that is versus a random ringtone. I certainly don't pick up the phone when people are calling.

If I don't know the number, I know a lot of people have done that and move to that. I have by default, my ring are off by default. I have my phone on do Not Disturb mode, and that's because when I'm doing work, I'm looking to get things done. I'm looking to perform. And then when I'm ready, I can check and all those notifications are still there.

They're still sitting there. Everything's fine. So again, first intervention is to just remember that being in the present is one of the most simple ways to get away from either depression or addictive type worry because you're focused on the present. Think of when you're doing something you really enjoy, whether it's meditation, yoga, a sport, you like a game, you like video games, watching a movie. We're so present that we forget about all those other things.

And as long as notification doesn't bother us, we stay present with that. We enjoy that. Second again with your tech, just look at what you can do with your tech to make it custom. So you're only getting notifications when you want to receive them. So to put it a different way, you should never be interrupted.

There should never be a time when you think you know what I don't want to be receiving a message from someone, and yet I'm getting it. It should be that you're doing your work and you're able to do what you want. And if a message comes and you know, well, you know what? If that message is coming in, it's somebody that's so important or it's a situation that's so important that I want to receive that. And then the third thing I'm going to suggest to you is just really basic.

Look at your life. If any of you are listing have been alive for a certain amount of time, I'm a little over, actually just turned 50. So if you think about it, there was a time we didn't have cell phones. For some people who are younger, they might not be able to conceive of that. There was a time even before beepers, there was a time before pagers and we got on okay, everything was okay, and it was really important.

We figured it out. We heard about it, anything that we didn't hear about or didn't figure out, but it wasn't that important. So I'm going to suggest you to take on that perspective that for the most part, the majority of the incoming messages coming to you are someone else's agenda, someone else trying to sell something, someone else trying to get you to do something. And if that's going to be the case, then decide which are the people that you value enough, which of the business associates, the deals, the organizations that you want them influencing your life because you believe that's a positive thing versus getting clear about the ones you don't want having that big of an influence.

So I hope you find this helpful.

I try to keep things simple and practical, but overall, this is something I still see happening. And again, I invite you to consider that concept of you telling that story to the person that's really important to you and you're sharing with them your feelings, how your day went, what's going on, and all of a sudden, the person does this and think about what that feels like while the person's doing this and you're telling them what's important to you and they can't even be present with that. So I hope you find this helpful.

I hope you your loved ones. Your work are doing great.

If you'd like to find out how you can learn more about how to create a three day weekend lifestyle, you can go to threedayweekandclub. Com and you can join our community for free. There's a lot of resources in there that will help you get started at prioritizing the most important relationships, the most important time investments in your life, and allowing you to put those first and then also start looking at how you best invest your money and how you invest the energy you have. So you create the life and the lifestyle most desire.

I hope you're doing great.

And as always, look forward to helping you make more money and less time and impact more people. Do what you do best so you can better enjoy your family, your friends, and your life. Thanks so much for listening.