4. Remember When You Made Less and Spent Less?

Why did your expenses go up when your income went up? Wasn’t your plan (and everyone else’s) to save the money or take more vacations or work less? More importantly, WHAT CAN YOU DO ABOUT IT?

Why did your expenses go up when your income went up? Wasn’t your plan (and everyone else’s) to save the money or take more vacations or work less? More importantly, WHAT CAN YOU DO ABOUT IT?

Get the insight (and the downloadable tool) to help you start fixing this now. 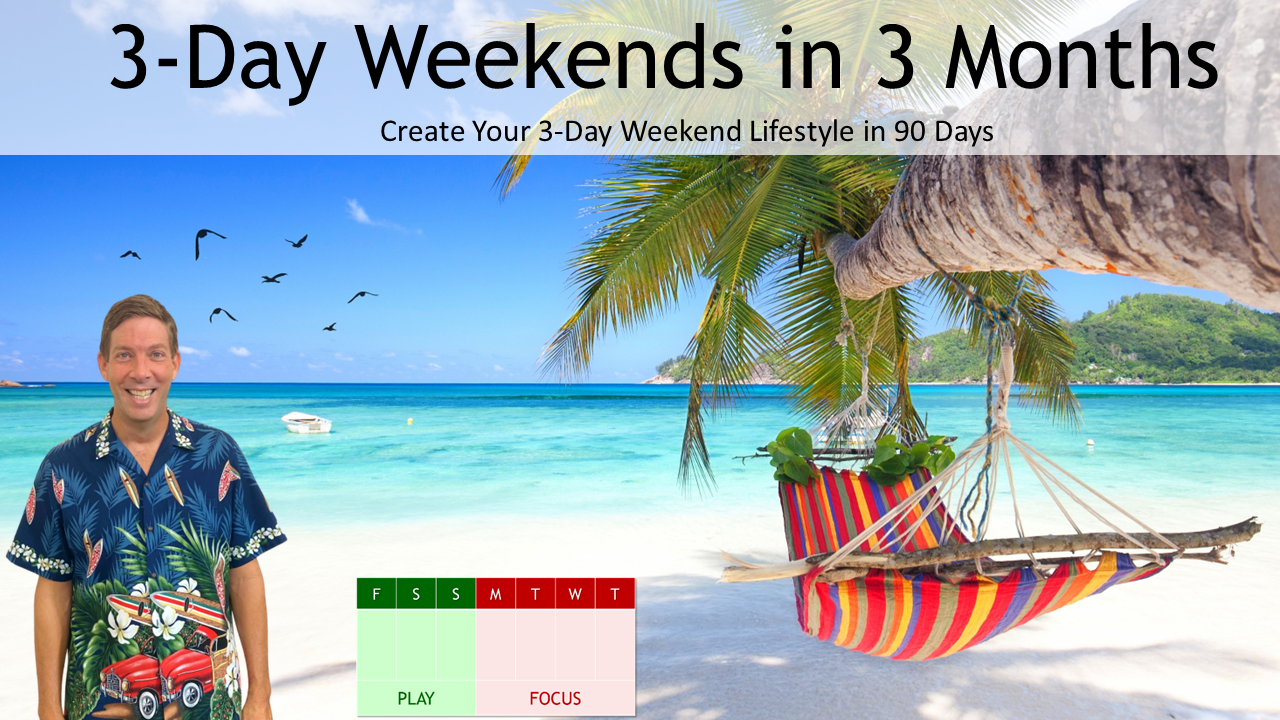 Remember when you made less and you spent less?

And I had been saving money at times. I'd been living at home, coming in and out of the house, moving back in, begging my parents to move back in so I could Max out my 401K, which I would later squander in a really stupid way because of impatience. I'll tell you that in another podcast, episode or video episode, but 40,000 was this magic number. So I got to 40,000. I was like, I made it feel really good.

Of course, I was single at the time to not have a girlfriend or kids, because that's really not enough for either with 40,000 years. But anyway, so happy doing my thing. And then my expenses started to creep up a little bit because, you know, hey, I'm making 40,000, man. I'm bawling. I got 40,000.

And by the way, if you're an employee in some small businesses or definitely large corporations, they just won't do this. They'll say, no, you can't do it.

But there are so many out there that will that will say, okay, you want to work X number of hours as long as that can be made to work in a way that helps the organization. Great. And your leverage point, by the way, if you're an employee, is the cost of employee turnover. So in the coaching programs, I do where I help entrepreneurs and small business owners, they all know that an employee turning over, losing a good employee having to find a new one, it's going to cost anywhere from at least five to $10,000 minimum to on average, let's say ten to $15 to $20,000 to maybe $30,000 or more, depending on what that person makes.

Because they've got to go find somebody.

Then they're going to hire some people that don't work out. They're going to invest time training them. And while they're training them, they're paying somebody else who's an employee and they're trained them. And while they're trained and they're not being productive doing their job, it's horrible. So if you're a competent employee and really on top of your stuff, it can be as simple as saying to your employer, hey, what if I took one Friday off a month?

Let's do this as a pilot, I'll take my vacation days even. But I want you to keep an eye on this, Mr. Or Mrs. Employee or employer, Mr. Whoever it is that's employing you, boss.

But so I'm going to demonstrate to you over a six to nine month period that I can be here four days a week and still get the same results. And so then the question is the only real question of substance to the employer is, are you going to still pay me the same or not? And that's the better question, because the question you probably thought I was about to ask is, will you please, Mr. Ms. Employer, will you please, please?

I'm on my knees. Will you please let me work for the work week, if that employer has any sense in them, and if you are truly a valuable employee, creating huge value rather than saying and going for, hey, may I work a four day work week? The question is going to be more like this. I'd like to work a four day work week, and I want to make sure you're getting the productivity you need. And we've established that you need X amount of results, and I'm getting more than that in that amount of time.

So my question is, can I work that four day work? We can still get paid the same way I'm getting paid so long as I get the same results, or can we have my compensation move more towards a results basis than an hourly basis? And by the way, if you ever want to say the magic words to an employer is to say, Can we move my compensation more to results based than time based? That's what they want. If you can do three times to work with somebody, I'll gladly pay you three times.

I will at least. And any smart employer will, because they also know that you'll be more likely to stay. And again, employee turnover costs a lot. So I want you to think about that in the basic sense of if you're able to be more productive, you could make more money. But even going a step back to that first question, what if you simply kept your expenses at Bay and then got your income up to where you could live off of four days worth of income?

And then from there have the two rise if you want. So let your expenses rise once you've gotten there. But first make that jump. So if you keep doing this and your expenses and lifestyle match each other with five days of work, you'll always be there. But if you let the expenses stay low, the income jump, then eventually you can do this.

And so the best analogy I'll give it to you is this is like the difference between being on time paying your credit cards or being a day late. So when you're on time paying your credit cards, if you've ever paid a credit card bill, you know that you let's say you charged $500 and you pay off the full $500 before the due date or on the due date. You don't pay the interest. So it's almost even like you're gaming the system, because usually they'll have some sort of rewards program.

And so if you pay on time, you're doing great. On the other hand, if you pay just one day late, now you get whacked with a 2025 30% credit card interest fee and you're getting your butt kicked. And so think about if every time you pay your credit card, you pay it on the due date, no penalty, you pay it one day late every single time you get your butt kicked. So same concept. If you always make sure at the same you're not leaving that gap.

But if you just give that little bit of gap, you pay your credit card bill on time. Now you're working the system and you're having it work for you rather than vice versa. I hope you find this helpful if you go to fourdaytools com or if you prefer fourdayworkwig comTools, those are both with the number four. You'll see there's a sheet there that will ask and help you look through the same question. Do you remember when you made less and lived off of less?

Have something like that? I forget the exact title of the sheet, but look at that and use the worksheet to plan out how you can start creating your four day work week or simply start working less hours by getting your expenses in check and really keeping in mind what is it that you most want and making sure that you let that expense level stay low enough that when your income comes high enough, you can start getting in the game, whether you're an employee or an entrepreneur to start creating a situation where you don't need to work as many hours to enjoy the lifestyle you love.